A breakthrough green renewable energy program, Project Volt Gas Volt, was called for this week at the EU Parliament in Brussels held by Corinne Lepage, Member of the European Parliament and former French Minister of the Environment and American Professor of Management, Robert I. Bell. Renewable energy can now “keep the lights on” without disruption, thanks to a new technology and long term financing proposal for the project, making it possible to store surplus energy from wind, solar and nuclear sources, potentially rendering nuclear energy, natural gas, “fracking” and first generation biofuels obsolete. 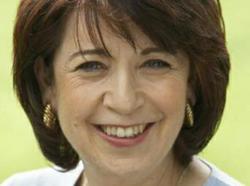 With Project VGV, industry and government have the solution for a successful energy transition, to optimize wind and solar energy,” declare Lepage and Bell.

In a major contribution to the debate on the energy transition, Member of the European Parliament (and Former French Minister of the Environment) Corinne Lepage joined American Professor of Management,Robert I. Bell, at a press conference at the European Parliament in Brussels this week, calling for a comprehensive solution to the global warming crisis and to energy-independence. Project Volt Gas Volt (VGV) offers a totally reliable, safe phase-out of nuclear power and fossil fuels—with the possibility of enhancement rather than a reduction in life style.

A breakthrough in energy storage permits a constant flow of electricity, allowing for a shift to 100% renewable energy sources, overcoming the major obstacle of intermittent flow of energy.

For the first time, surplus electricity generated by wind farms and solar parks, converted into methane, can be stored for months in the existing natural gas grid, making it the battery for renewable energy, and simultaneously making hydraulic fracturing (“fracking”) obsolete. The methane would be used to produce electricity and district heating, or as a motor fuel. In the discussions related to biofuels which are taking place in the European Parliament, Project VGV shows that an alternative to first generation biofuels for the target of 10% renewable energy in transport easily exists!

Project VGV proposes a long term financing plan, over the same time period as the energy transition itself, that would allow governments and other organizations to significantly accelerate the build-out of this technology.

“With Project VGV, industry and government have the solution for a successful energy transition, to optimize wind and solar energy,” declare Lepage and Bell.

“We will use the surplus energy from nuclear, now largely wasted at night, to help pay for the exit from nuclear. And we will use the CO2 generated from burning waste, biomass and from steel mills and cement plants to generate the methane,” explains Professor Bell. “From now on the question of exiting from nuclear while maintaining a continuous and sufficient production of electricity should not be a taboo, but a realistic political choice, one which will determine the employment of tomorrow,” says Corinne Lepage.

About Corinne Lepage
Corinne Lepage is a lawyer specializing in environmental questions who has worked on nuclear issues from 1978 to 1995 and since 2006 has been General Counsel of ATPN, an association of French, German and Swiss citizens, communities and organizations devoted to an immediate closing of the Fessenheim nuclear center. As French Minister of the Environment from 1995 to 1997, she refused to restart the fast breeder reactor, SUPERPHÉNIX. She is the author of the law on air and rational energy use. She also wrote The truth about nuclear (2011). As a Member of the EU Parliament, she serves on two major committees: Environment, Public Health and Food Safety (ENVI), and Industry Research and Energy (ITRE).

About Robert I. Bell
Robert I. Bell, Ph.D. is professor of management and chairman of the finance department, Brooklyn College, New York. He is an internationally recognized expert on investments in green energy, and conflicts of interest in the energy transition. He is best known in France for his books The Green Bubble (2008); and Les péchés capitaux de la haute technologie (1998). He gave the green keynote address in 2009 at MIPIM in Cannes. In a 2010 keynote address at the G20 in Seoul, he proposed “Green Redemption Funds” as the energy transition, to finance saving the planet from global warming. To see video click here. He co-authored Madame Lepage’s energy plan during her 2012 presidential election. For more information and speaking opportunities with Robert I. Bell contact Judith Jorrisch at projectvgv(at)gmail.com or 646-599-3550